i cant believe this had to happen to me!!

so i came to cooking class..same as any normal day. and this time we were making SALSA and homemade chips... yummy....and well i always wanted to be a chef and cut thing up really small..you know ...dice things...and well the onion was a little tough and so i was pushing on it with the knife as hard as i could (THE ONES WHO ARE EASILY QUEASY STOP READING) and the knife went through the onion a little fast...faster then i had hoped...and i WAS gonna move my thumb..but it went down without me realizing it...and it was too late...I HAD CUT MY THUMB...to da bone!!! a few mins after this i was taking to urgent care and waited in the waiting room for half an hour...then the process of stitches was a long one...then the worst part of it came...the shots!they put TWO FREAKING SHOTS INTO MY CUT they hurt like a ........lol.......ummm well imagine a bee sting no...wasp stinging you over and over...when you have a sunburn (a really bad one) now i am in the process of healing...and it still hurts!! :( amzingly enough..pain didnt hit me till 2 mins later 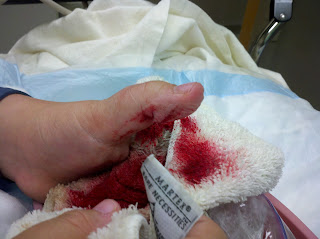 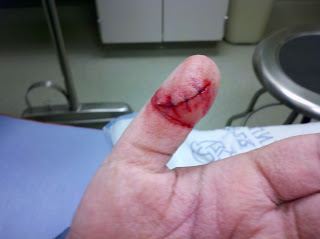 Hi! My name is Bailey and I have Neurofibromatosis. I am also living with brain tumors. I decided I wanted to do a blog to help kids that have NF. My mom writes a blog too! I just want to let everyone know that just because I have NF, doesn't mean it has to limit me or my dreams.
Donate to Neurofibromatosis Awareness!